Feyenoord's eSporters have been keeping busy during these trying times. Recently, they participated in two tournaments over the last few weeks – the FIFA Ultimate Quaran-Team and the International Showmatch tournament.

The Feyenoord eSport team put in an impressive run, scoring a total of nine goals and conceding an impressive zero goals in their first four rounds. They faced Orlando City SC in the first round (5-0 win), rivals Sparta Rotterdam in the second round (1-0 win), Fortuna Sittard in the third round (2-0 win) and Queens Park Rangers in the fourth round (1-0 win). Unfortunately, Feyenoord fell to İstanbul Başakşehir in the quarterfinals of the tournament, with a final score of 0-1. The tournament’s eventual winner was Wolverhampton Wanderers from the English Premier League, and the tournament raised over 50,000 British Pounds! 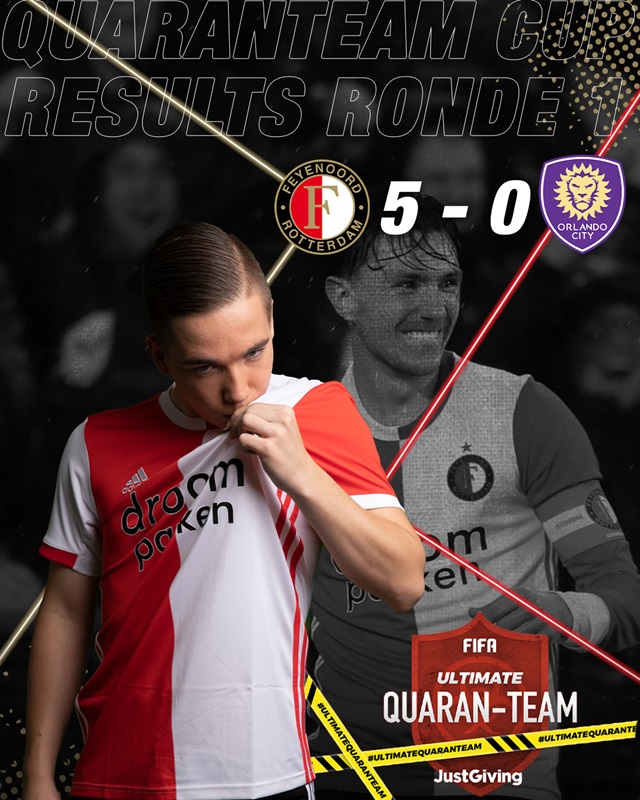