During the camp, Feyenoord was able to use the Lithuanian University of Educational Sciences Stadium in Vilnius. Feyenoord Academy Coaches David Toxopeus, Dane Brard and Harrie Nugteren were supported by four assistant coaches from local Lithuanian academies. The  participating players were divided into three groups based on age and footballing qualities. Each group was assigned one Feyenoord coach and one assistant coach, with which they completed a structured training program during the week. For the players it was a tough program with two training sessions every day, except Wednesday when they played a FIFA tournament in the afternoon. All players showed great progress during the camp, both technically and tactically.

The local coaches and organizers ensured that all matters surrounding the sessions went smoothly, so that the Feyenoord staff could fully focus on the development of the players. ‘We were looking forward to return to Lithuania this year, where we are used to working with players who show an eagerness to learn and really want to improve their footballing qualities’, said David Toxopeus, international development coach and the new U14 Head Coach at the Feyenoord Academy. 'The players, local assistant coaches and organizers once again showed 100 percent commitment during the camp. We believe that our collaboration offers local talents opportunities to further develop themselves as a football player. We hope to return to Lithuania next year for the sixth edition of our Feyenoord Camps to continue our knowledge sharing.’

Local partner Augustinas Kubiliunas enjoyed working with the Feyenoord Staff. ‘We are very happy that even the quarantine and crisis situations did not stop us from organizing the camp. We had a very short time for preparation and sign ups this year, but together we managed to execute the camp in the best possible way. Two players showed exceptional potential and were invited for an internship week at the Feyenoord Academy which will be a great experience for them’, said Kubiliunas. ‘From organizer side, I want to thank Feyenoord for their trust in us as local organizer and the possibility to learn from the most professional coaches for the 5th year in a row.’

We would like to offer young talents and local coaches possibilities to improve their football skills and knowledge with Feyenoord by continuing our partnership. Augustinas Kubiliunas, Local organizer

For the local coaches, the collaboration with the Feyenoord staff is an opportunity to learn and improve  their own skills. On the training field they get an idea of the coaching style and training forms of the Feyenoord Academy. ‘It was a great experience to meet and work with real professionals’, said Aurimas Meidus, U11 and U12 head coach at Utenos Utenis and assistant coach at the Feyenoord Camp. 'I hope this wasn’t the last time we worked together, so I hope to see Feyenoord soon in Lithuania again'.

During the camp, the players and coaches were able to welcome special guests several times. Her Excellency Bonnie Horbach, the Dutch ambassador to Lithuania, attended a training session. 'Feyenoord makes a great contribution to the sportive and personal development of a group of enthusiastic children here in Lithuania,' said Horbach. 'I am proud to see how sport connects the Netherlands and Lithuania during this Corona crisis.'

Patrick De Wilde, Technical Director of the Lithuanian Football Federation, also attended two training sessions during the camp. ‘Feyenoord has been sharing its knowledge of football during camps in Lithuania for several years now,’ said Patrick De Wilde. 'They have become a household name in the Lithuanian football landscape. Sharing modern football experiences with local players, coaches and the federation can only have a positive impact on the development here in Lithuania.' On behalf of the Lithuanian Football Association, Céderique Tulleners (Head of Women Development) and Valdas Trakys (Head Coach Lithuania U19's) also watched training sessions.

Feyenoord is pleased with the long-term and successful cooperation in Lithuania. ‘Every year, dozens of young talents participate in our Feyenoord Camps in Lithuania, where we can make a contribution to their individual development,’ said Gido Vader, Manager of International Relations at Feyenoord. ‘We would like to thank and compliment our local partners in Vilnius. As always they successfully arranged best facilities and in spite of the global crisis, were able to recruit plenty of participants. We are already looking forward to the next edition of the Feyenoord Football Camp in Lithuania!' 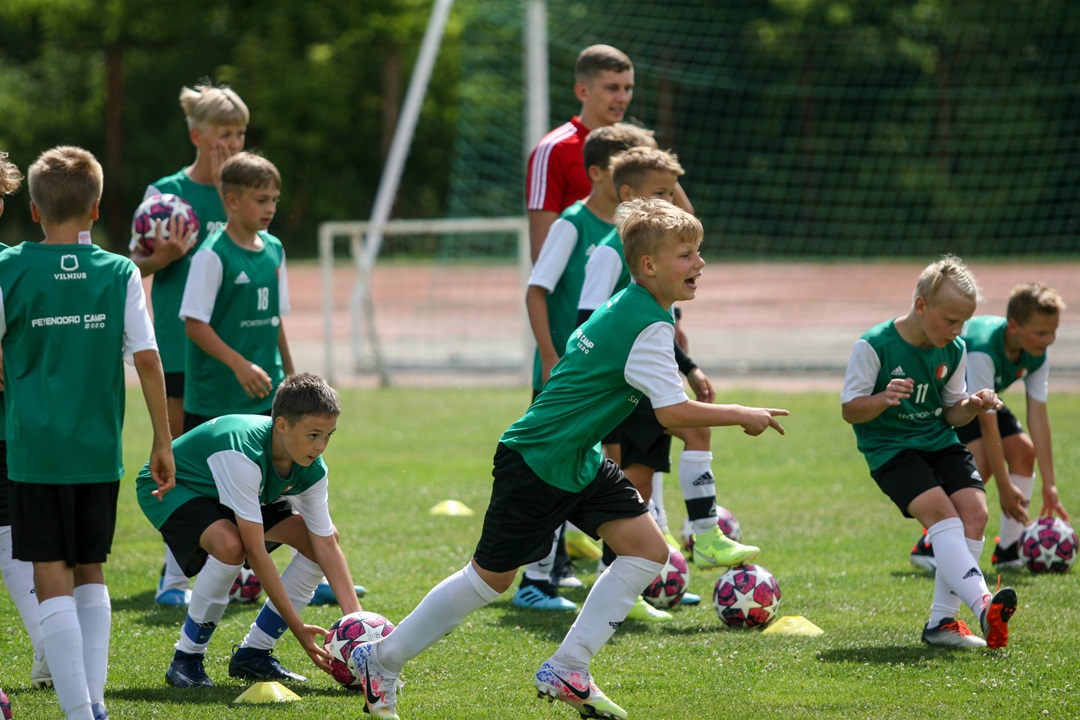 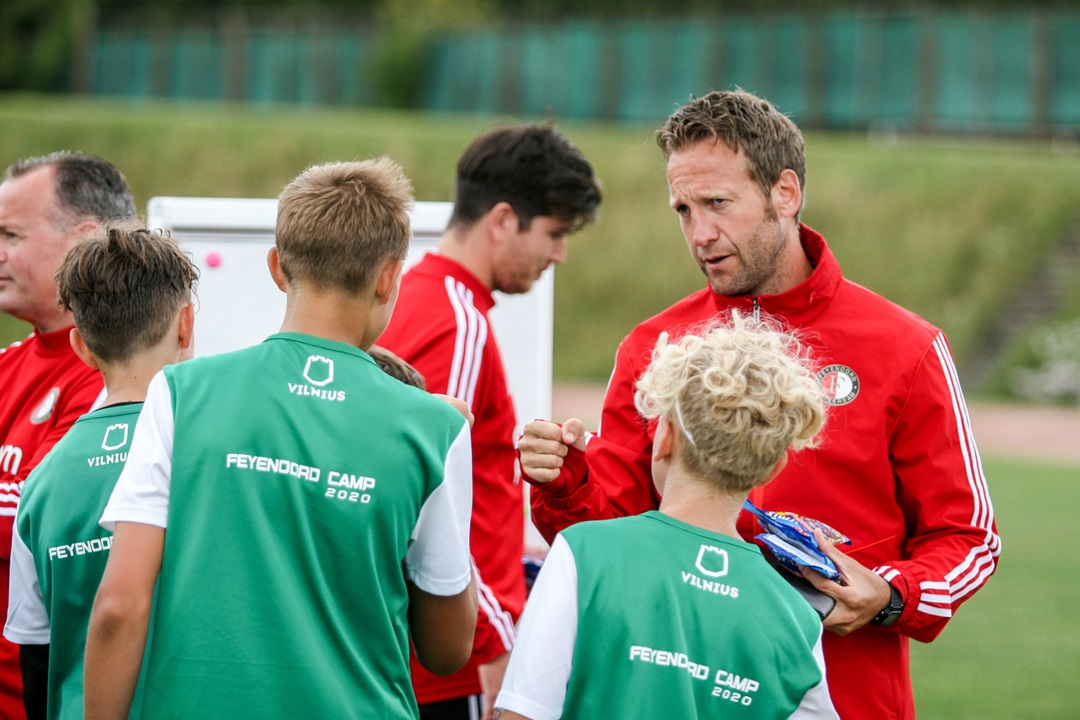 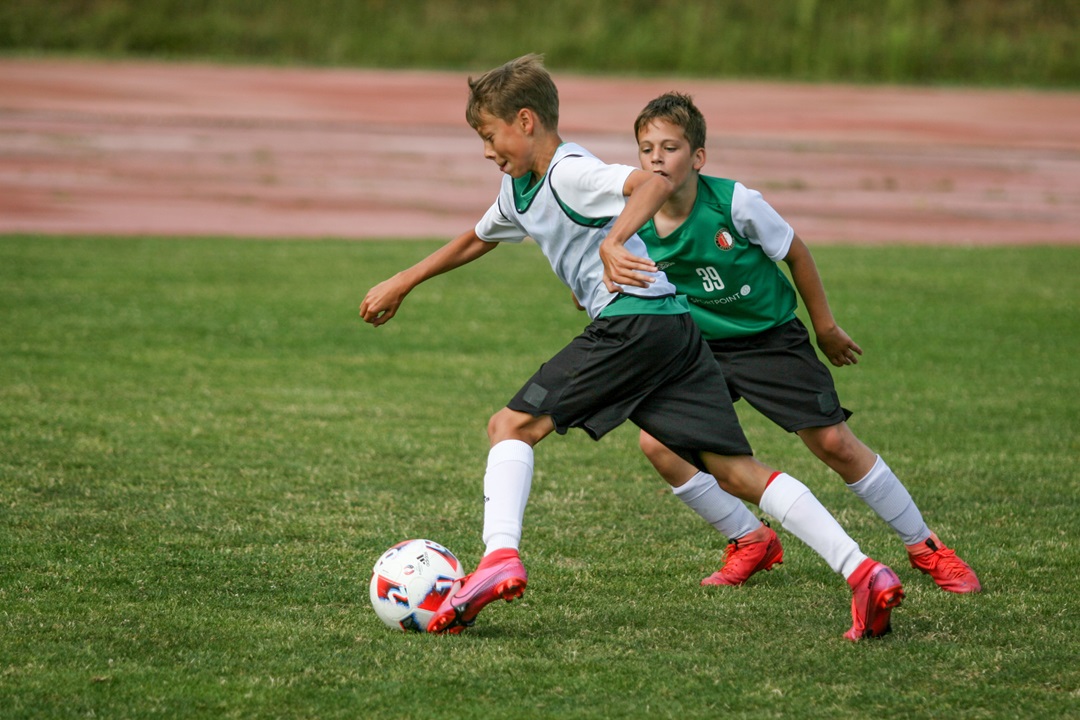